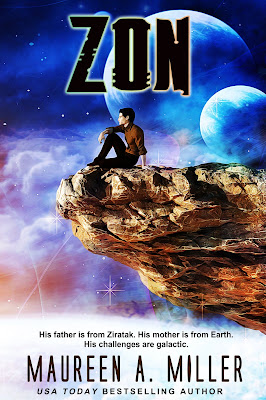 With a father from the planet, Ziratak, and a mother from Earth, Zon's challenges are galactic. Zon doesn't possess  superpowers, though. If anything, he's a bit of a klutz.

In Ziratakian folklore, the tale of the Temple of the Monarch has been passed down for generations. As legend has it, a series of miniature globes lead to the temple’s gate.

Except, Zon knows of a cave with small globes in it. And with one clumsy mishap, he triggers the gate–opening a portal to other worlds.

A trip through this vortex transports him to Earth, where the first human he encounters is a young woman with challenges of her own.

This is a brand new saga, and a new generation. There is no need to read the BEYOND series. However, for readers of the series, you will enjoy this continuation of the epic science fiction adventure. 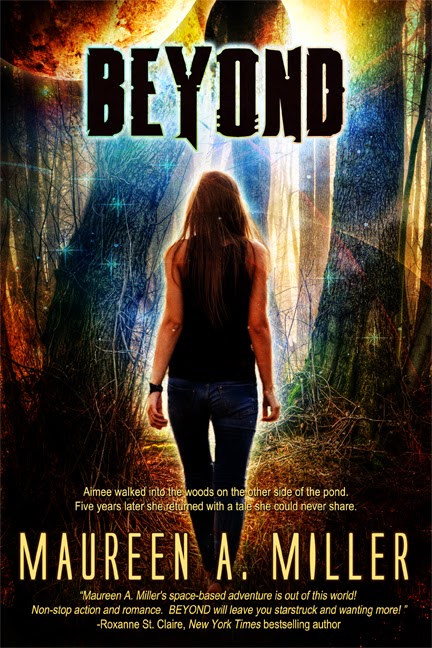 Did you ever wonder what it would be like if an alien spaceship took you from your backyard?

Did you ever think that you would experience an adventure full of danger and romance in a distant galaxy?

It is the day after Aimee Patterson’s high school graduation. College beckons, as does her dream of becoming an engineer. On an early evening walk, her cocker spaniel charges into the woods on the other side of the pond. Aimee trails after him, and in the stillness of that forest the unthinkable happens. She becomes paralyzed and watches in horror as her hands vanish before her eyes.

Waking to the sound of voices, Aimee realizes that she has been kidnapped. Little does she know how far away from home she is, though. In an attempt to flee her captors, she launches from their confines only to freeze at the view outside the window. The sky is black and filled with stars, and in the distance is a familiar blue globe.The planet Earth.

A group of humans forced to flee their planet after an epidemic destroyed their civilization now travel the galaxies in search of an antidote. Retrieving samples of plant life from every solar system, on this occasion Aimee was accidentally seized instead.

Aimee must learn to avoid the advances of an awkward young scientist who seems intent on dissecting her, as her own fascination turns to the exotic young warrior, Zak. Having fallen in love with Zak, she is now torn with the decision to return to Earth or live beyond the stars.

BEYOND
Start the series for FREE on most vendor sites! 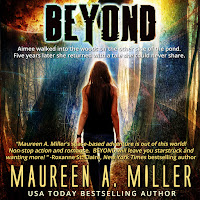 Posted by Maureen A. Miller 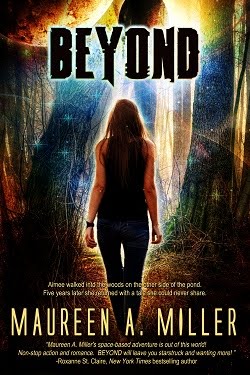 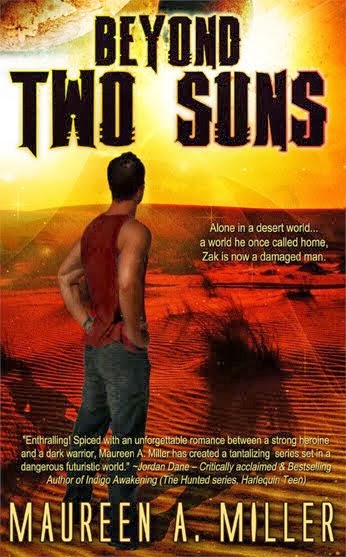 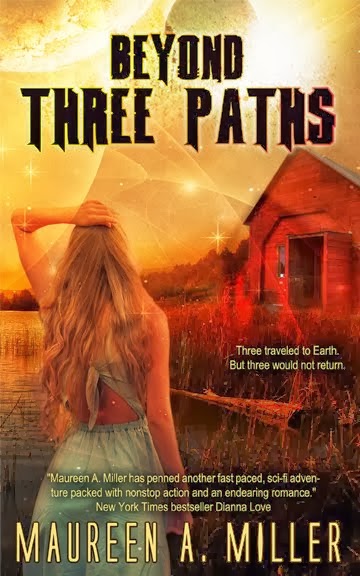 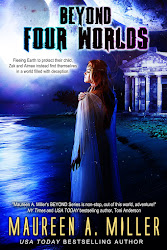